COVID-19 Update: We are open and serving our clients. Learn More >>>
JUSTICE FOR THE INJURED!
Contact Us now
For a Free Consultation
Member of: 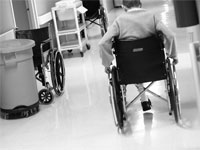 When you see a doctor, chiropractor, dentist or other medical professional because you have a concern, the last thing you expect is for the medical professional’s actions to cause harm. Unfortunately, doctors and other medical professional do make mistakes. Whether the medical professional is a medical doctor, naturopath, chiropractor, dentist or nurse, when mistakes occur the consequences can be tragic. For example, if an obstetrician fails to diagnose preeclampsia or if a nurse fails to properly monitor the fetal heartbeat, the result could be that the baby suffers a birth injury. Other types of injuries that result from medical mistakes include brain injuries, internal damage, and even amputations. Unfortunately, medical mistakes lead to death in far too many cases. If you or a loved one has been injured due to a medical mistake it is important to immediately speak with an experienced New York medical malpractice lawyer who will review the medical records and other facts of your case and explain to you your legal options for pursuing a claim.

There are three general types of medical malpractice cases:

It is important to understand that in order for a medical professional’s actions to be considered malpractice, the actions must deviate from accepted medical standards.

If you were injured because a medical professional made a mistake, the law allows you to file a special type of personal injury claim against that medical professional called a medical malpractice claim. Oftentimes the defendant is a physician, a specialist, a nurse, a medical technician, or some other healthcare provider who deviated from the general accepted standards in caring for you. However, the defendant may also be the government agency that operates hospitals or the hospital itself for negligence in the way it managed the medical staff. Through a medical malpractice claim, you can demand payment for the following losses:

If you or a loved one was injured due to the incompetence of a healthcare professional, you should contact an experienced attorney who understands the legal issues associated with medical malpractice cases. The seasoned medical malpractice attorneys serving New York at the Law Offices of Stephen Bilkis & Associates have the experience, knowledge and resources to handle cases involving medical misdiagnosis, failure to warn, and improper treatment, regardless of whether the negligent party was a medical doctor, surgeon, specialist, dentist, chiropractor, nurse, physician’s assistant, medical facility, or lab. We will work hard to ensure that your legal rights are protected and that you receive the maximum compensation to which you are entitled given the specifics of your case. Contact us at 800.696.9529 to schedule a free, no obligation consultation regarding your case. We represent clients in the following locations: Westchester County, Suffolk County, Staten Island, Bronx, Brooklyn, Long Island, Manhattan, Nassau County, and Queens.

Birth Injury Brain Injury Medical Misdiagnosis Third Degree Burn Malpractice
Free Consultation
Practice Areas
Client Reviews
★★★★★
When my mom, who is suffering from dementia, faced a slip and fall personal injury lawsuit, I contacted Stephen Bilkis of the Law Offices of Stephen Bilkis & Associates. Not only did he provide a strategy for defending the claim, he also advised me on steps to take to avoid future personal liability. Whether you are the defendant or plaintiff in an injury case, I highly recommend Mr. Bilkis. S.M.
★★★★★
From the very first phone call to Stephen Bilkis' office, the staff was extremely polite and helpful in assisting me. Mr. Bilkis was honest and upfront with me from the beginning in what he projected the outcome of my case would be; in the end we got better results than either of us anticipated. He was very genuine and compassionate in understanding my situation and how this legal matter could effect not only myself but my family as well. I highly recommend this law firm and will most definitely continue using them for any future legal needs. Jarrett
★★★★★
I had my first encounter with Mr. Stephen Bilkis three years ago over the phone. He and his staff have been nothing but courtesy and professional. Their hard work ended with a large six-figure settlement for my case. I would highly recommend you contact his office. I want to give a special THANK YOU to Ms. Tricia Krapf. She always made me feel like a priority and was always kind and professional over the phone and email. I highly recommend them to anyone in need of legal representation. Celesta
View More
Submit a Law Firm Client Review